The Kotowa farms (which include Finca Don K – where this coffee was grown) were named by Alexander Duncan MacIntyre, a Canadian who settled in the Boquete region in 1918. Inspired by the high, cool climate of the area, he used the name ‘Kotawa,’ meaning "mountain" in the local Ngobe language to designate the land that currently composes the Kotowa estate.

While in Canada, Alexander had read a newspaper article about a mountainous region called Boquete, an unexplored region in Panama located on the slopes of a mysterious volcano. The stories captured his imagination and led him to visit the region, where he fell in love with the magic of the valley and its people. Four generations on, and Alexander's family are still cultivating and processing coffee in the same traditional way.

On the volcanic slopes of the farm, you can see the distant Pacific Ocean on one side and the near-by rugged mountains of the continental divide on the other. This area is naturally blessed with a climate where the perfect combination of rain, wind, sunshine, clouds and temperature produce an organic coffee with distinctive character.

The production and processing of the coffee fully takes environmental sustainability into account. The farm’s “ecological mill” uses only 1/2 litre per lb of green coffee - far lower than the 10 -20 liters used by many other mills in the world. All the by-products from the milling activity, including pulp and waste water, are used to produce the organic fertilizer that is used on the farm.

During harvest, the best ripe cherries are carefully selected by hand before being pulped using crystal clear water from the mountain springs. Modern milling techniques allow proper selection of the beans that are then pulped and dried using traditional methods. The cherries are then slowly dried using the old, gentle sun-drying system in the cool, dry climate of the farm.

The dried beans are rested for at least two months in wooden silos, a process that allows for the full flavour to be developed. The coffee is then carefully separated and selected by size, weight and colour before it is roasted. Every batch is cupped to make sure that only the best beans bear the name Kotowa.

Our quality control is assured by our traceability system. Each bag of every lot we process has an identification mark that contains detailed information about all the activities of the harvest and milling.

The farm endeavours to protect the virgin forests surrounding the plantation, ensuring that there are no fires in the dry season and that there is no hunting or degradation of the environment. The area is the natural habitat of many birds, both local and migratory. To ensure that this rich biological diversity continues to thrive, Kotowa have planted more than 500 indigenous trees that produce fruits and nuts on which the birds feed. Because of its geographic location and small size, Panama has more bird species than all of North America and Europe together.

For the people that work on the farm, there is the provision of free medical attention and, for the children of workers, a nursery providing both meals and a school program. These social programs have earned Kotowa Farm recognition from UNICEF nine years in a row. 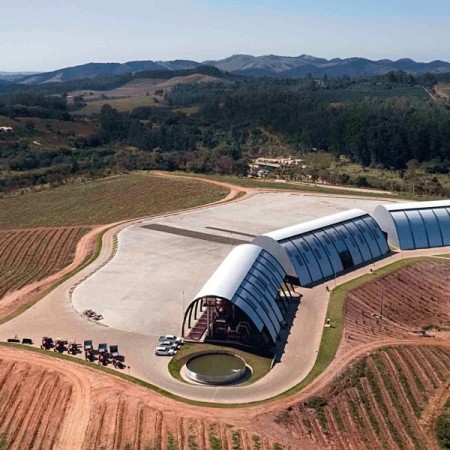